And so the work begins for the three ExecComm members of the Asian Bird Fair! Last May 2015, the Asian Bird Fair Executive Committee, Victor, Andrew, and Mike, arrived in the airport in Wuhan (Hubei Province, China) and were whisked off to rural Jinghsan County to meet with their counterparts from Cuncaoxin Rural Environmental Promotion Association, the host of the 7th Asian Bird Fair.

The ABF ExecComm were brought around the county and attended a number of events and meetings, all in preparation for the upcoming 7th Asian Bird Fair in November 2016. Below are Mike’s photographs from the busy (yet fun!) time they spent in Jingshan. It is an exciting preview to what’s coming in November!

As they went around, slogans and other signs about birds and the environment could be seen around the campus such as “Give the birds a part of your loving heart and the birds will give you a lifetime of happiness.” It was good to note the very well-behaved school children awaiting the opening ceremonies of the Jingshan Bird Festival. The fair included a bird race for students and a bird photography contest for amateurs.

As part of the program, Mike announced the awarding of the hosting responsibilities to Cuncaoxin and Andrew bestowed the hosting certificate to Cuncaoxin, the local government of Jingshan, and the Wildlife Protection Agency.

Aside from the round of speeches, everyone made a pledge to protect the birds and the environment.

View from Mike’s seat on the stage, where he gave a speech during the opening ceremonies

Aside from attending the opening ceremonies, they bumped into students who were participating in the bird race and had a chance to observe birdwatchers from Wuhan and Shenzhen going over the results of the race.

Going over the results of the bird race

Of course there was delicious food!

Going over the results of the bird race

Bumped into students participating in the bird race

Bumped into students participating in the bird race

The ExecComm members also attended the closing ceremonies of the 8th Jingshan Bird Festival where they announced the 7th Asian Bird Fair to be held in Jingshan in November 2016. They also witnessed the awarding of the winners of the inter-school bird race and the winner of the bird photography contest, where Mike was made one of the judges. Cuncaoxin also announced that they would adopt 3 more schools into their network during the closing ceremonies.

The unanimous winning photo of an Asian Paradise Flycatcher. I took this from a power point presentation and so it was not clear.

Announcing the 6th ABF-Jingshan to be held in November 2016!

James Chan, the man who started it all ! He supported the shcools to promote environmental advocacy in his native Jingshan.

When Mike was sent to judge the bird photography contest in a primary school located in the suburbs, he went around the campus and took some photos. Here are some of his photos from his walk.

Students sign their names as a pledge to the messages on the board.

Students sign their names as a pledge to the messages on the board.

The ExecComm also visited the school where Cuncaoxin big boss James Chan started his environmental advocacy: his alma mater, San Yang Primary School. Cuncaoxin donated an environmental education center where birdwatching is one of the activities. To date, Cuncaoxin supports more than 70 schools in Jingshan county.

Aside from attending the different activities of the Jingshan Bird Fair, the ExecComm members also had a number of meetings during their trip. The Welcome Dinner was attended by representatives from the city government (Deputy Mayor) and the wildlife protection agency (with a national representative who flew in from Beijing) who pledged to help and support the event.

Mr James Chan, businessman from Jingshan who made it big in Shenzen founded Cuncaoxin and poured money to environmental education. Starting with his alma mater, his NGO now supports the environmental program in 70+ schools in Jingshan and the started the Jingshan Bird Festival 8 years ago.

ABF “boss”, Victor Yu, giving a speech in Mandarin while Andrew J. Sebastian seems to be doubting what Victor was saying =)

Vegetarian birders who love spicy dishes rejoice ! More than 20 dishes were served, half of them spicy and half of them veggies. Of course, there were tasty plates of beef, pork, chicken, quail, and seafood like the squid dish in the photo.

This table seats more than 20 persons ! the lazy susan spins automatically and when you held onto it, it will stop until you release it. It can also spin in reverse when pushed the other way!

They also had a meeting in the City Hall which was across the park that will be the venue of the 7th Asian Bird Fair. They met with city officials to formalize the partnership for hosting next year’s big event with the signing of a Memorandum of Agreement. 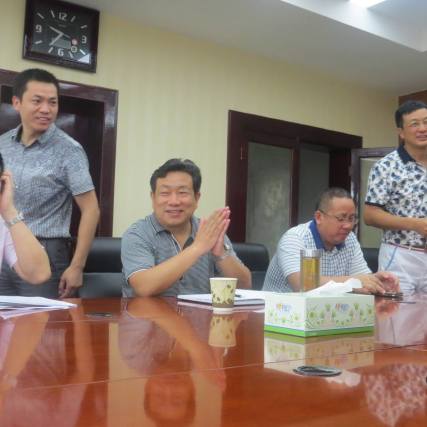 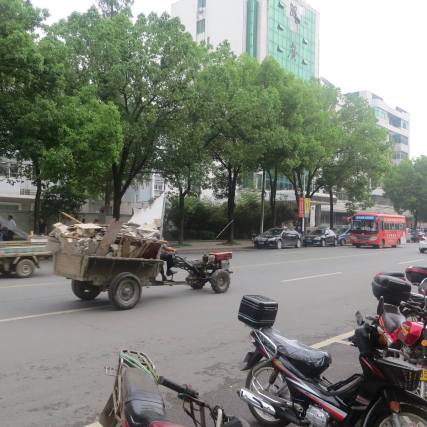 Part of the experience was enjoying the delicious food in Jingshan! Dishes are made from local produce from the farms which are mostly organic. Jingshan takes pride in their rural environment and the freshness of the dishes they serve are testament of that.

For one breakfast, the ExecComm was brought downtown to sample traditional Jingshan breakfast. There were rows of eateries that are only open for breakfast! 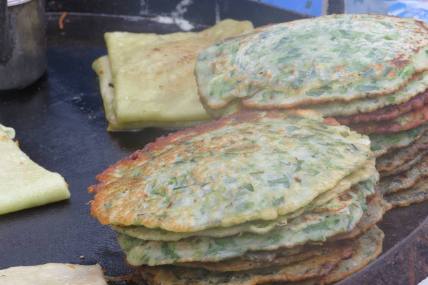 There is all these and so much more to see in Jingshan! Coming up in Part 2 are photos from the beautiful scenery in Jingshan and, of course, the birds!

To register for the 7th Asian Bird Fair in Jingshan, click HERE.

This site uses Akismet to reduce spam. Learn how your comment data is processed.